It’s interesting, isn’t it? How comfort levels play into so much, in games. When I first started playing WoW, well actually, let’s go back further. The first MMO I really ever got into was Guild Wars. My first class was a ranger, I loved the idea of being an archer, and having a pet to run around beside me all the time. I messed around with warriors, mage, then I discovered the Necromancer.

A little minion army? Send them out to omnom pew pew on whatever poor creature I was zapping with my spells? Sold.

Time went on, met some friends at college who played WoW, they convinced me to try it out for a month, so I did. And it all went downhill from there. Joking.

First class I rolled? Druid: I liked the minotaur idea (thus far every game I had played I was a ‘human’ in some shape, form, or fashion, so wanted to stray from that) and the fact that you could become an animal, I was excited. It took me so long to level. I had no idea what I was doing, but I was having an absolute ball. I remember running around outside Crossroads, just shapeshifting and killing things, I probably had all the wrong gear on and was quite a noob, but guess what? I didn’t care. I was having fun which is what it’s all about, right?

From there I rolled a warlock. That class has remained my ‘main’ for basically all expansions and raids, although I did grace my raid group with my bear butt and tree form for part of ICC. 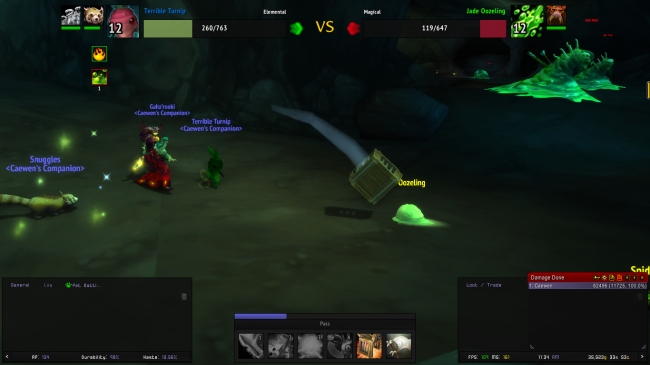 How I spend most of my time in-game, lately. Catch ALL the things.

*Forcefully pushes self back to the point*

I’ve gotten ‘comfortable’ in the ranged dps role. No matter which game, I seem to always pick the person that’s standing in the back, shooting projectiles or spells at whatever Big Nasty is the target this time around. I’m okay with that. I like being in the back, or away from the insanity that is melee, and seeing the whole fight, seeing where people are, what’s going on. It just seems to..fit. I find myself getting bored quickly if I switch to melee, or healing or tanking. It’s not that it’s impossible, or too difficult for me, really, but it just feels awkward. Not ‘right’.

In real life too, I like being a part of whatever is going on, feeling involved, but I don’t necessarily have to be at the forefront, leading the group.

Do you always pick the same or similar roles in games? Do you find this ties in with your personality at all? When Warlords drops, will you be switching it up, or staying with what’s comfortable?

Thanks for reading, have a Happy Easter!

One thought on “Comfort Zones”